While the world had been fast asleep thick clouds had rolled over the landscape, bringing the first dusting of snow of the season. It was still early morning when I made my way up the ridge line, following a path that vanished behind a hazy, white veil in the distance. 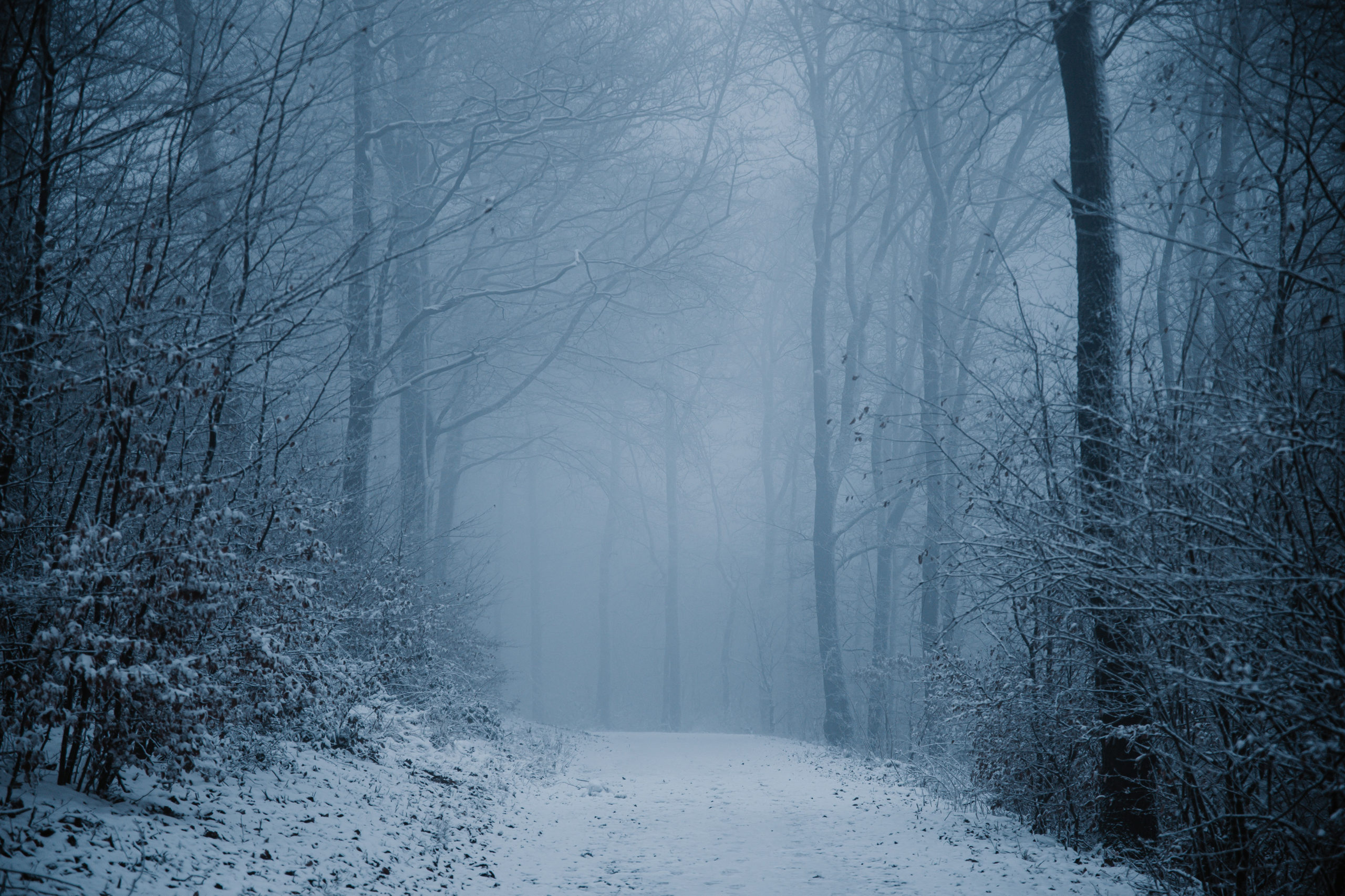 A dense layer of fog wafted over the forest, swallowing the views and making the trees look like gaunt silhouettes. Like sentinels they silently watched the comings and goings, vigilant and strong, unaware of the woodpecker working away on their trunks. Their boughs and branches, stretching in a high arch above the path I was walking on, created a tunnel which seemed to be leading me to another world. 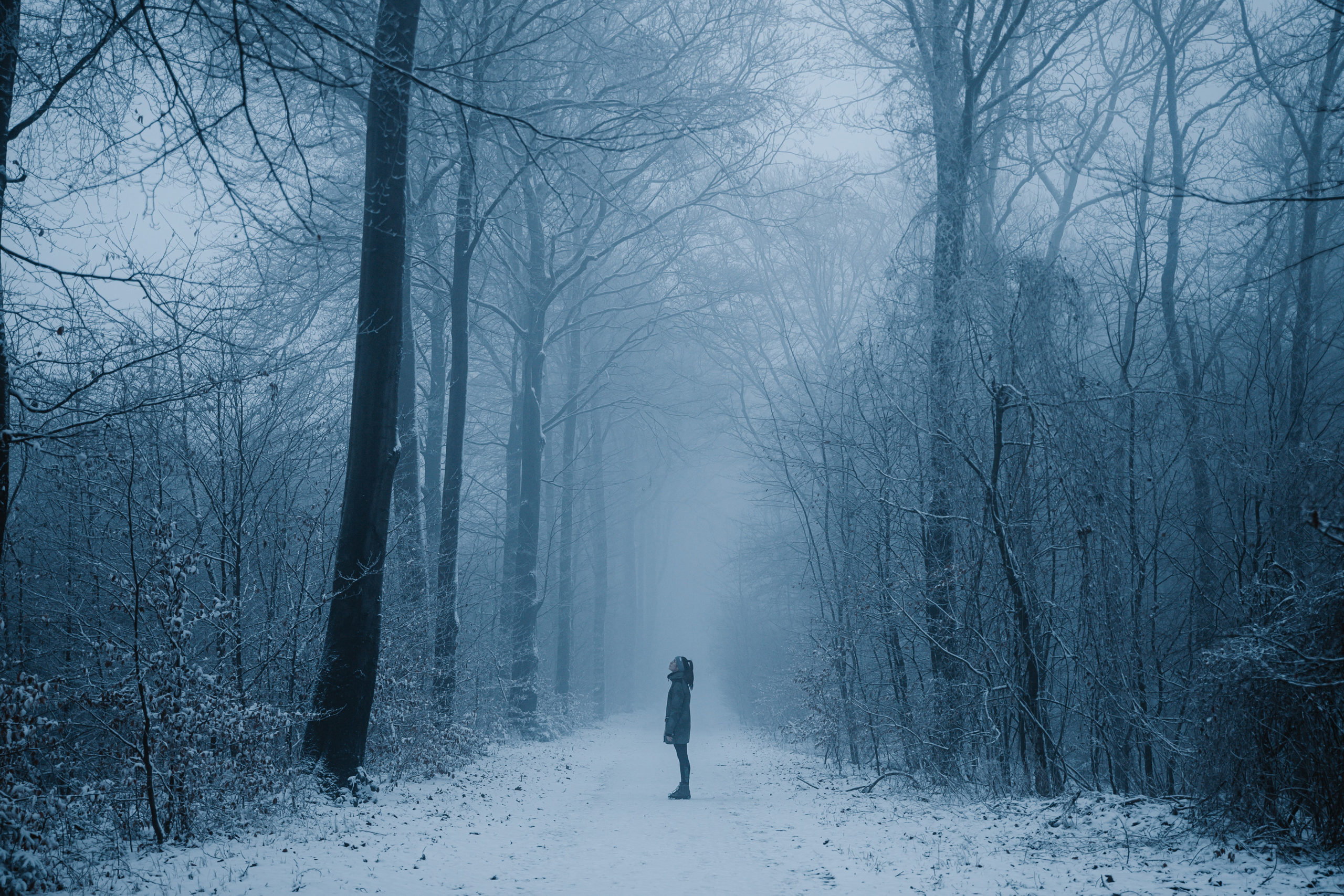 An impenetrable silence hung in the air, drowning out all the noise of the world. A beautiful muteness that only snow can conjure up. Not even my own footsteps made a sound. All was quiet. 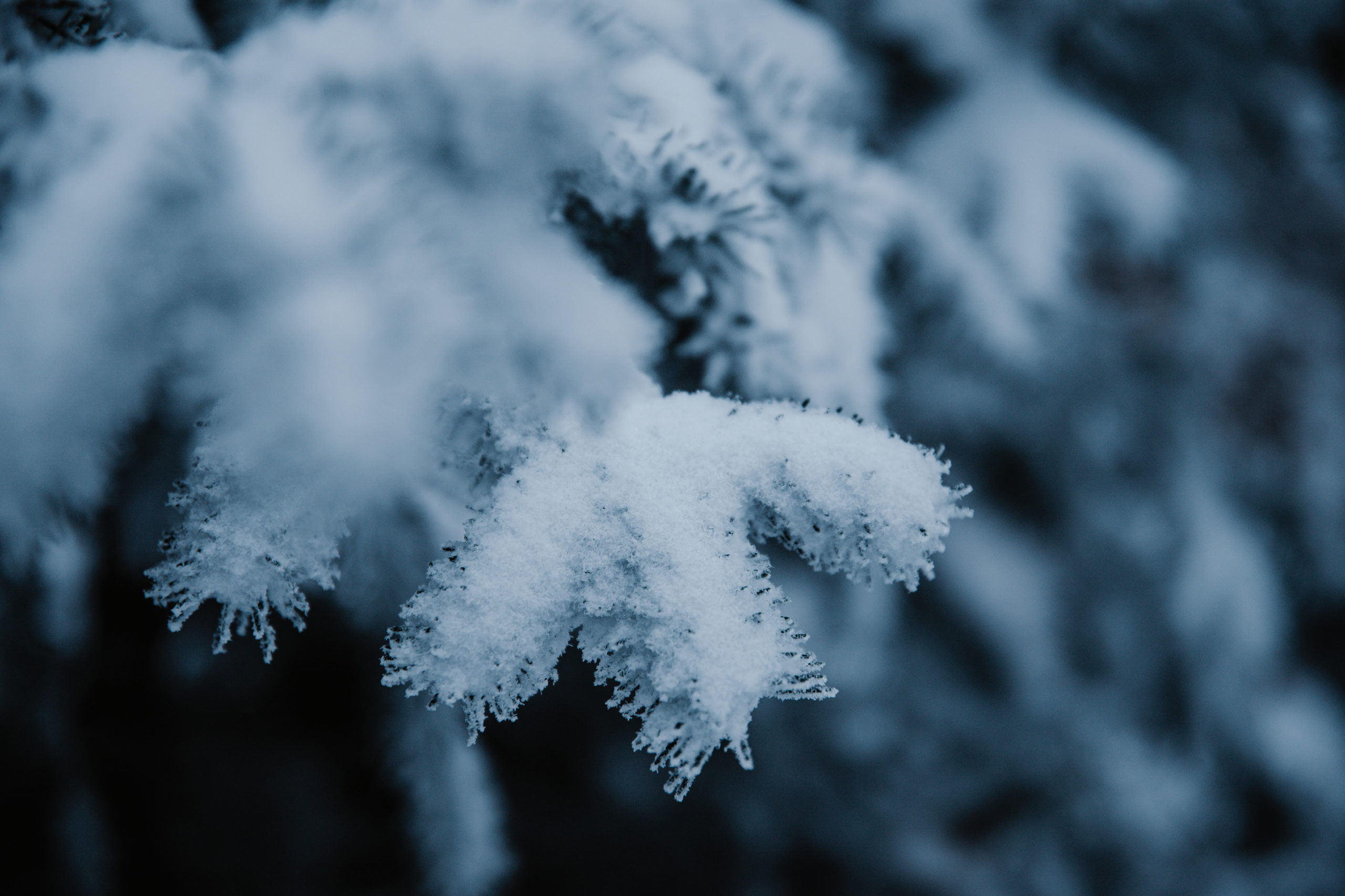 Only when the trees suddenly cleared on one side and a brisk and icy wind came blowing from the East, the tranquility fell silent. I zipped up my jacket even more, almost disappearing completely to evade the cold and kept on walking. The only colours surrounding me were a faint blue and that grayish white tone of a January morning that found itself being woken up by snow. 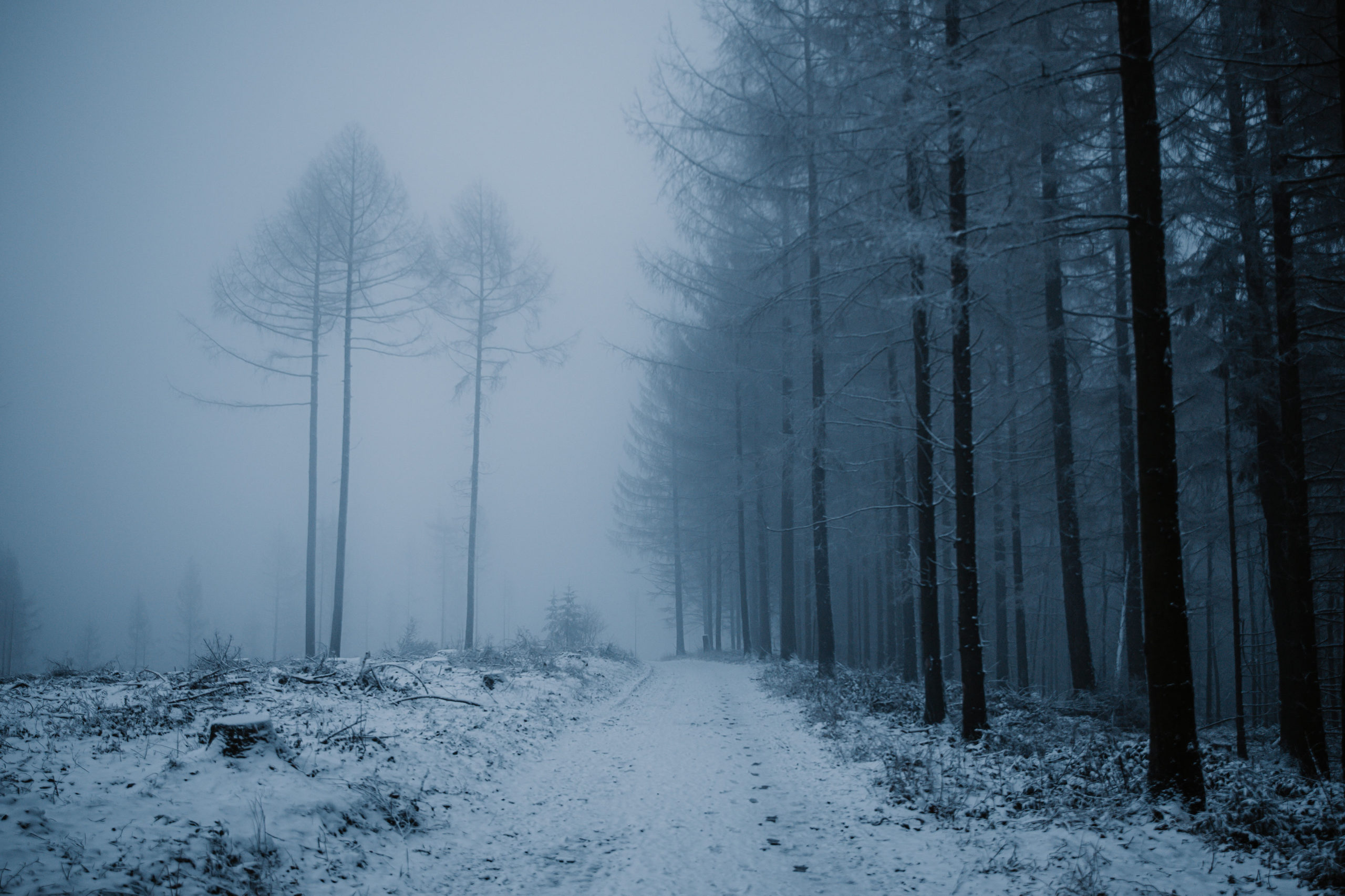 As bleak is it may sound, there was so much beauty to be found: The naked shrubs, though having lost their Autumn gowns long ago, seemed like they were in blossom again for tiny snowflakes had landed among their wispy arms, creating little white flower heads. They reminded me to never dismiss the tiny details as irrelevant compared to the vast landscapes around me, because sometimes the little things hold sparks of magic you hadn’t even thought of. 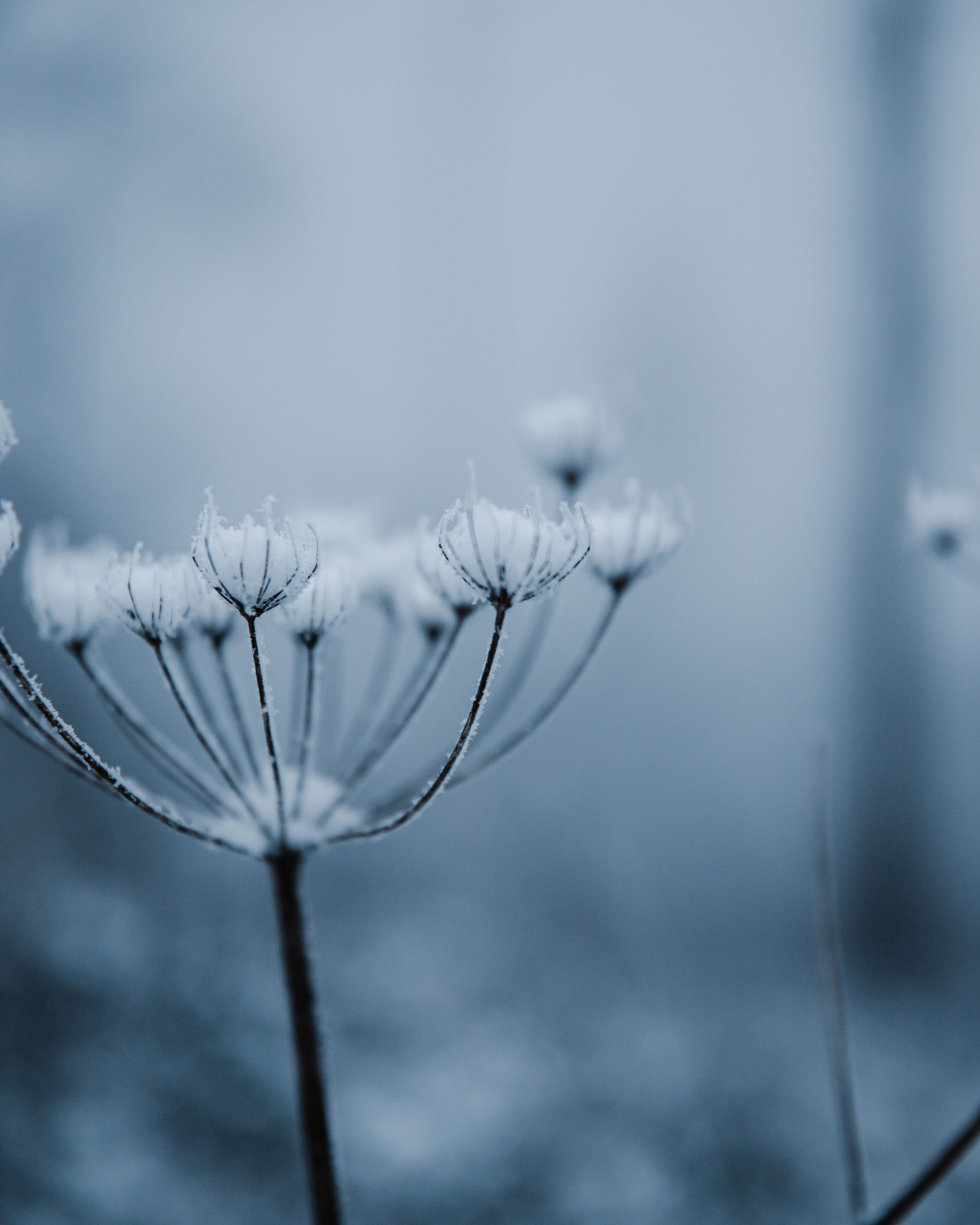 There were red leaves, the last remnants of Autumn, laden with snow but determined to stick to the limbs of their trees and bringing a little bit of colour to an otherwise black and white painting. 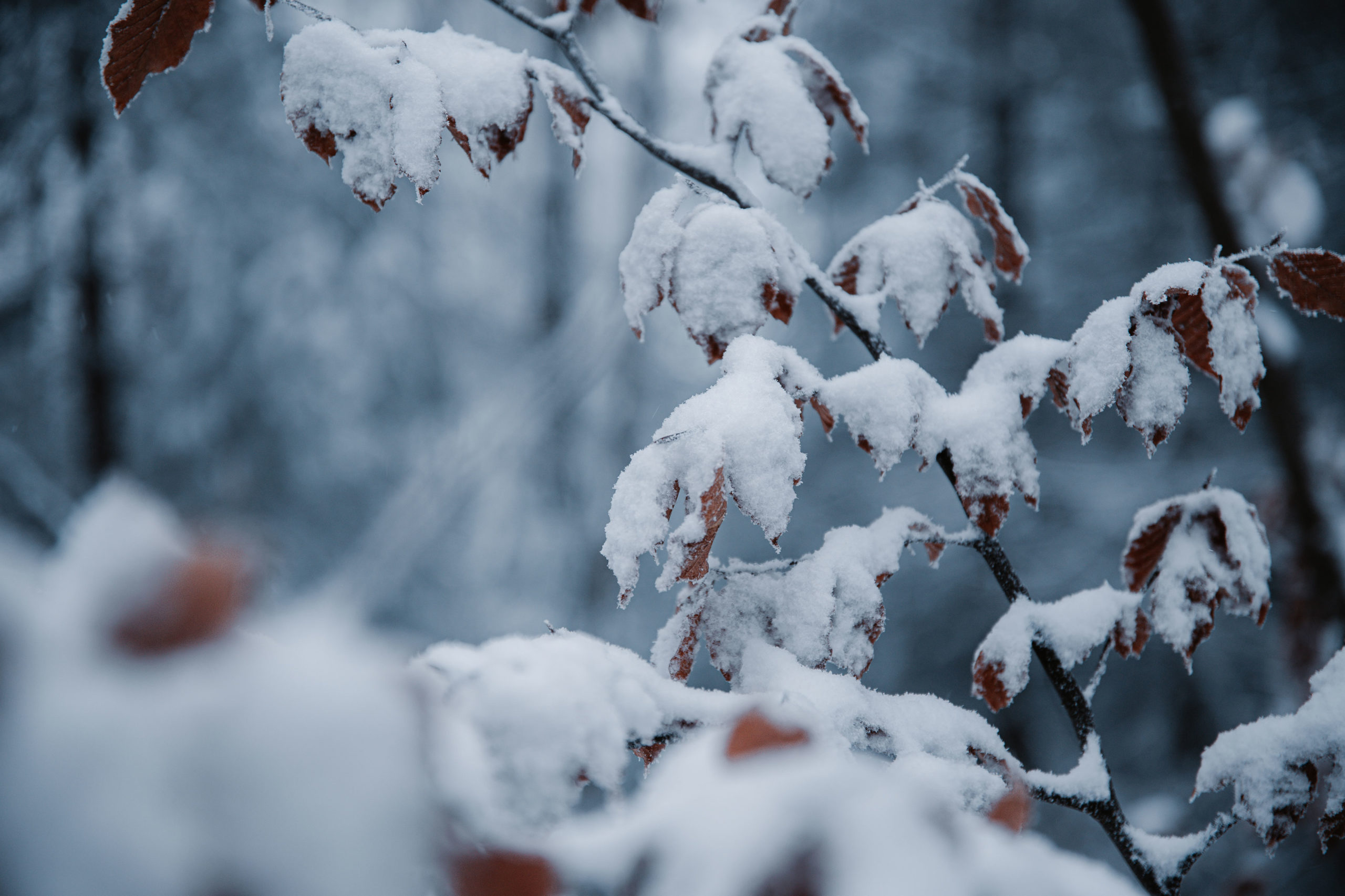 I spent many a minute just standing there, in the middle of a clearing and among the trees, breathing in that fresh, wintery air, reluctant to return and head back home where I know I had to spend the rest of the day inside working. But the magic of the first snow stayed with me the whole day so everything that came after my morning stroll wasn’t all too bad…

Here are some more snowy moments for you… 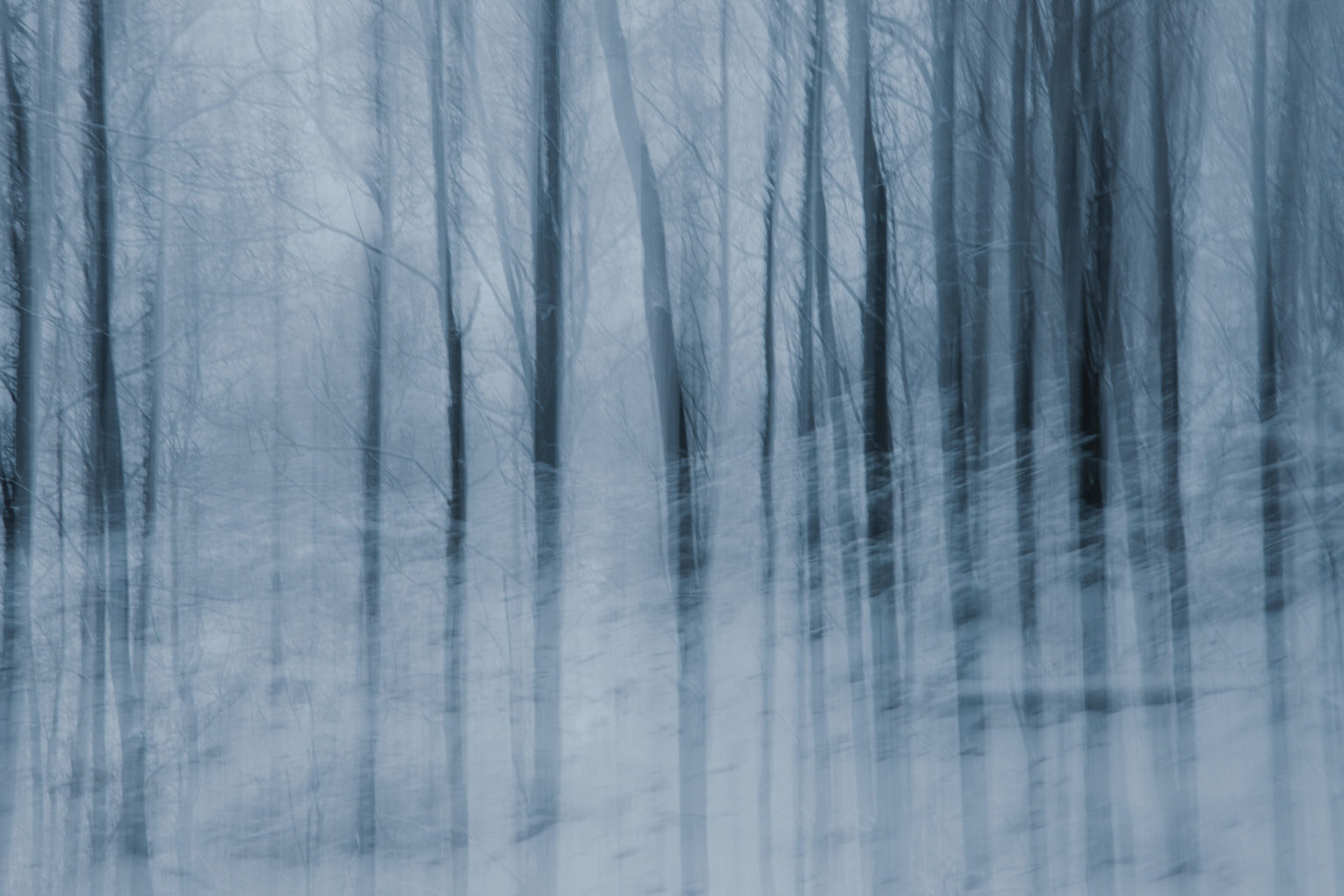 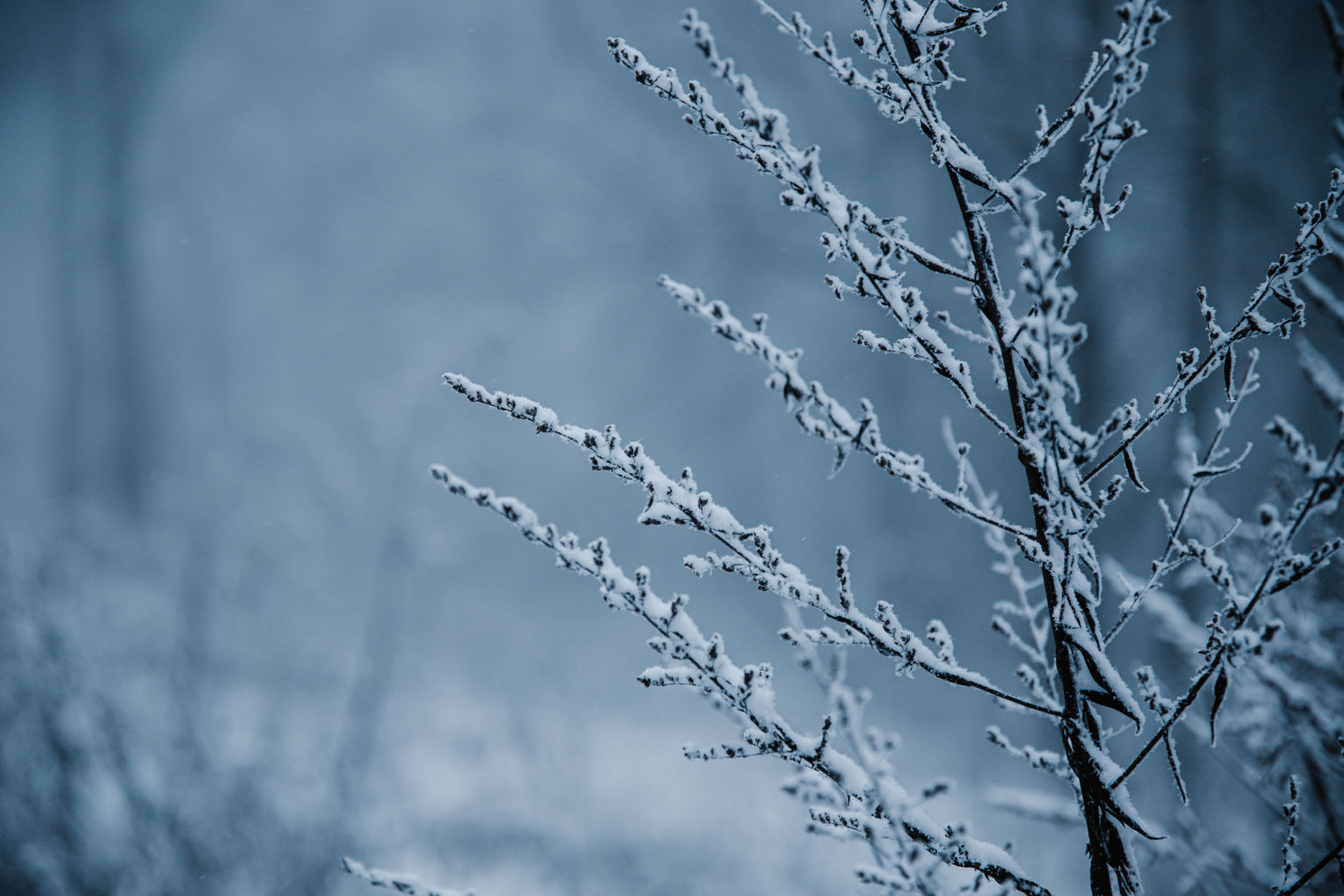 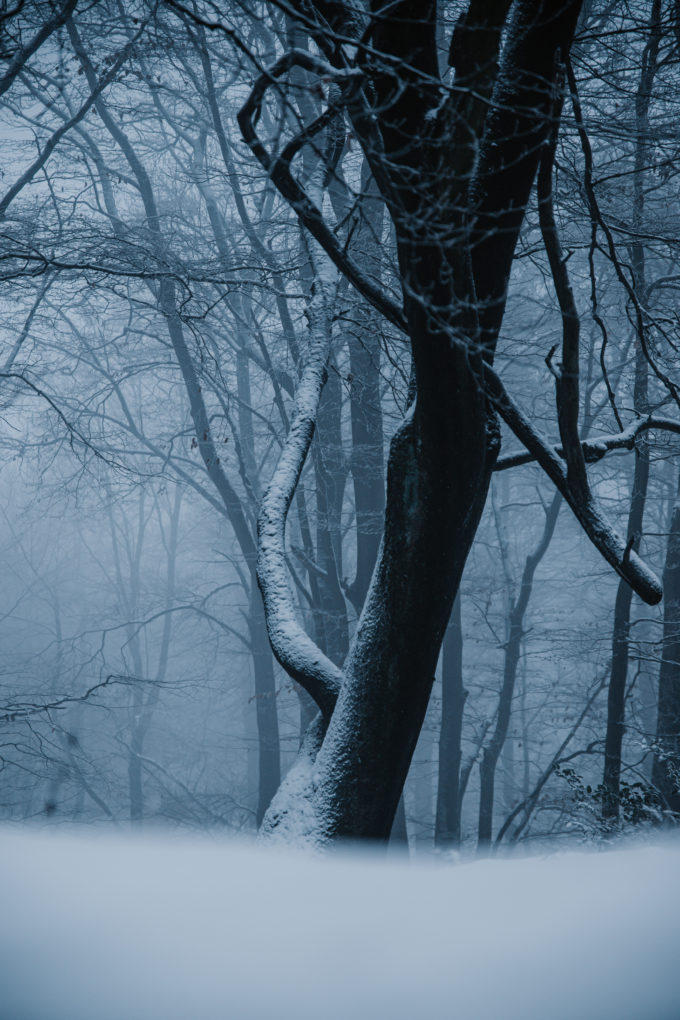 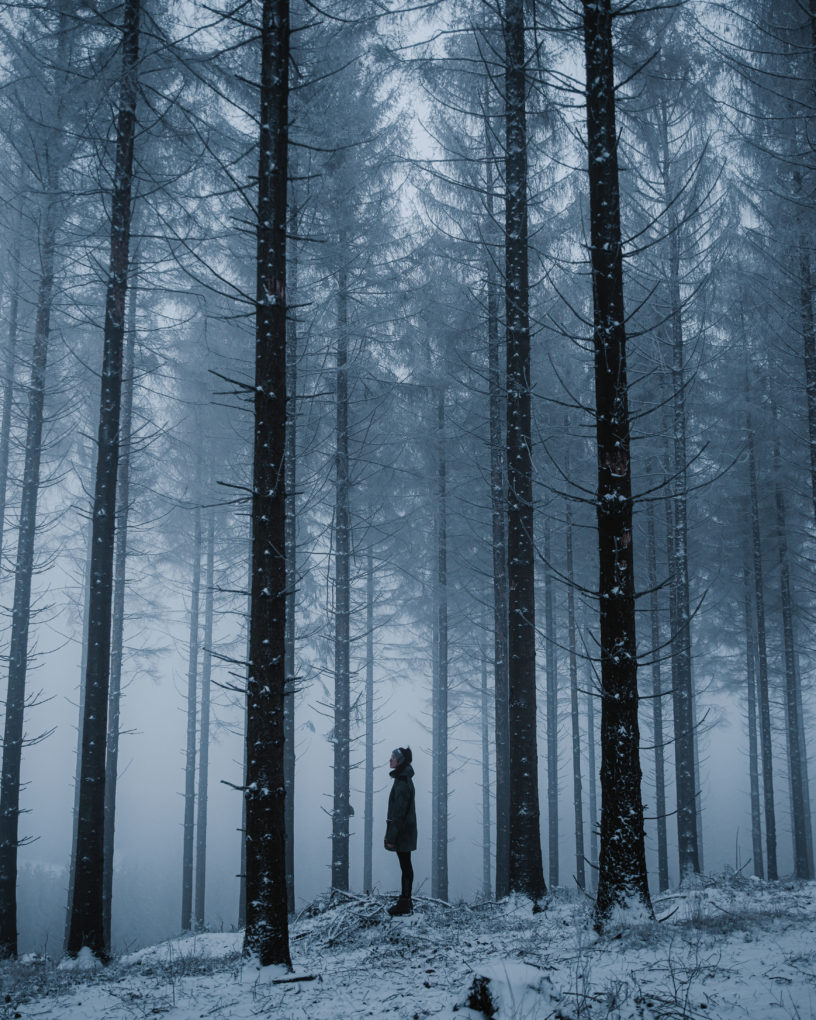 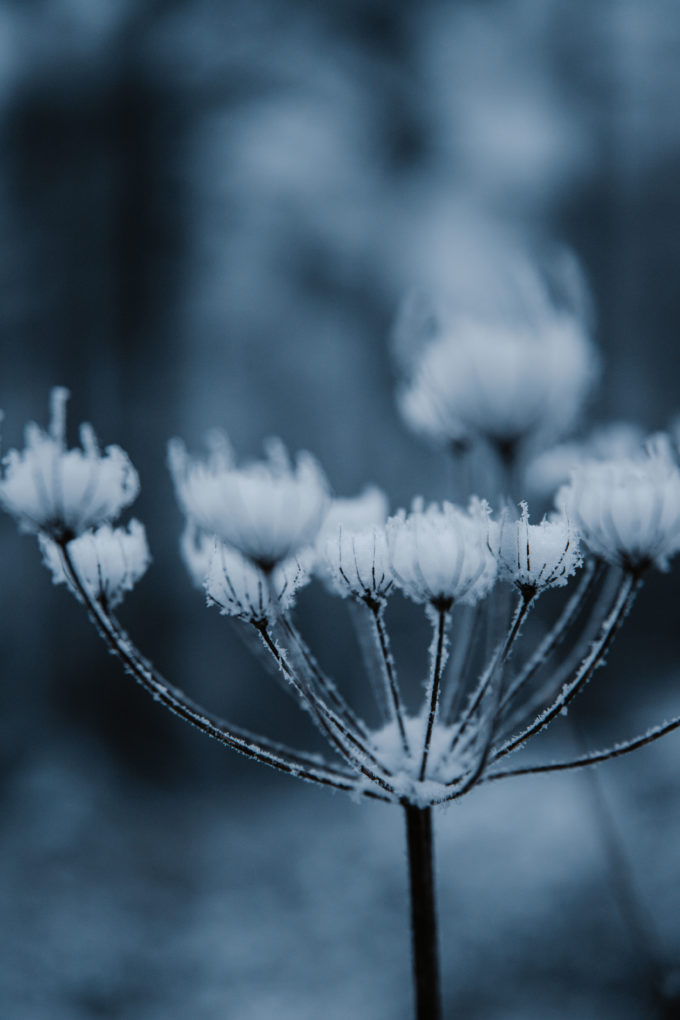 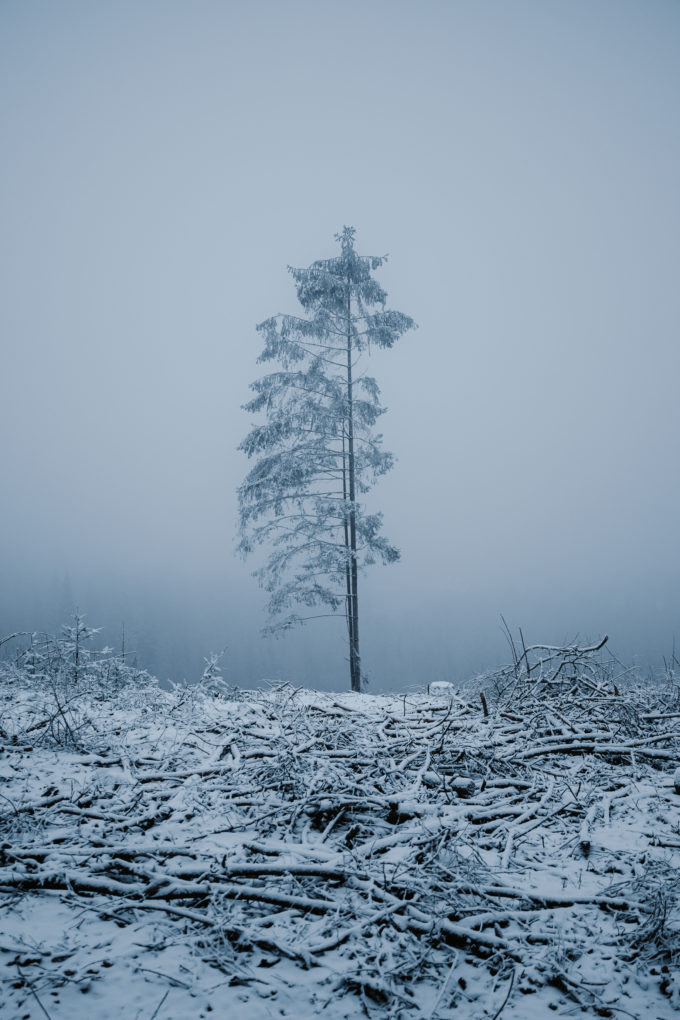 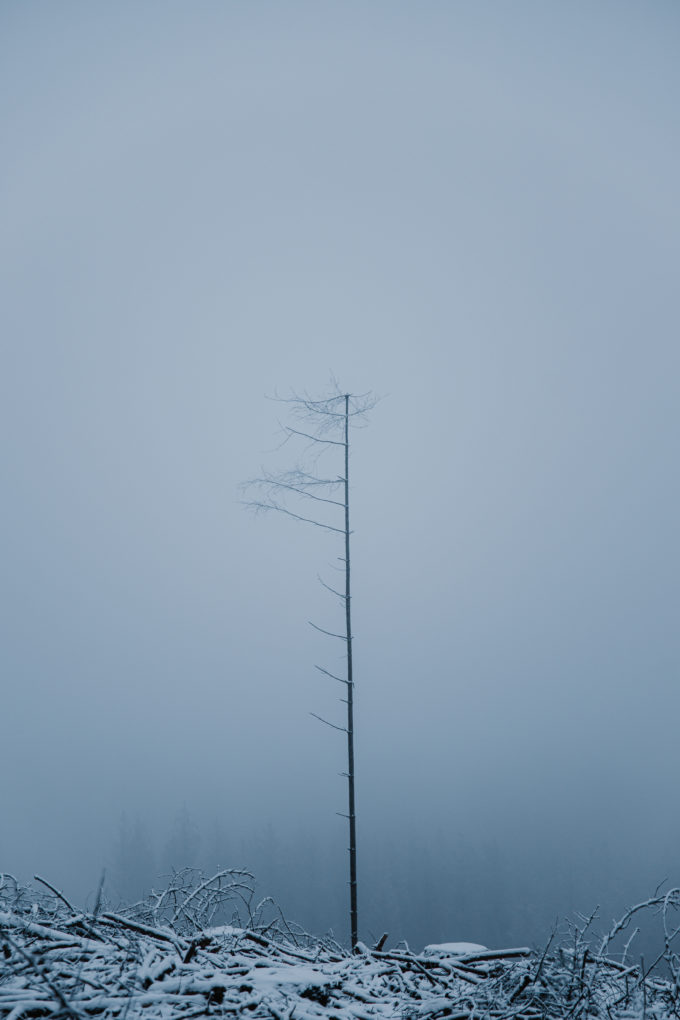 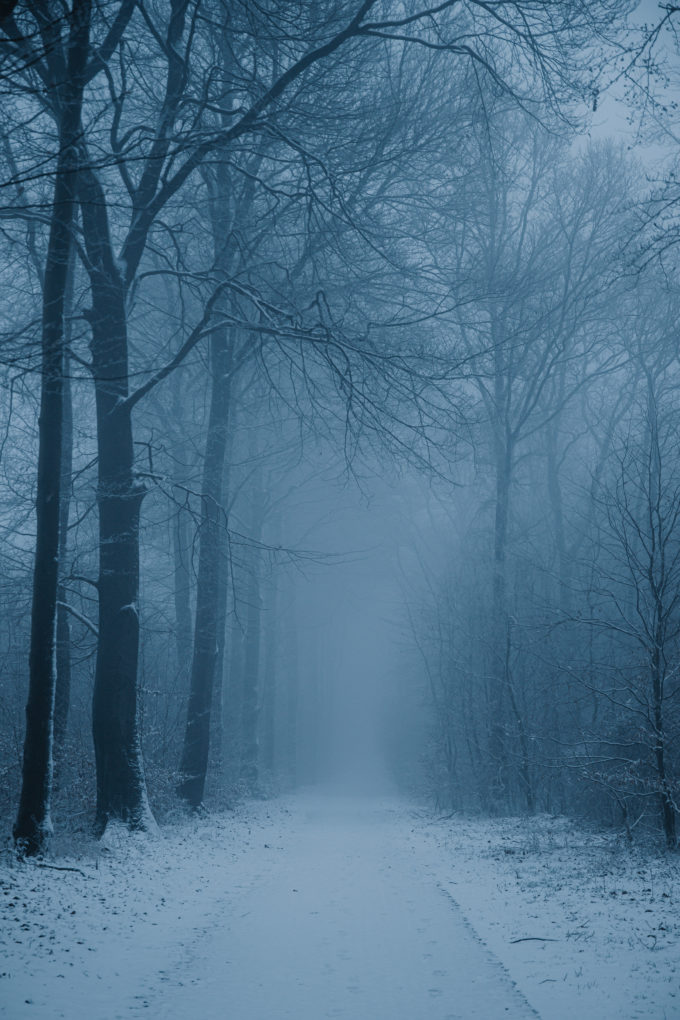 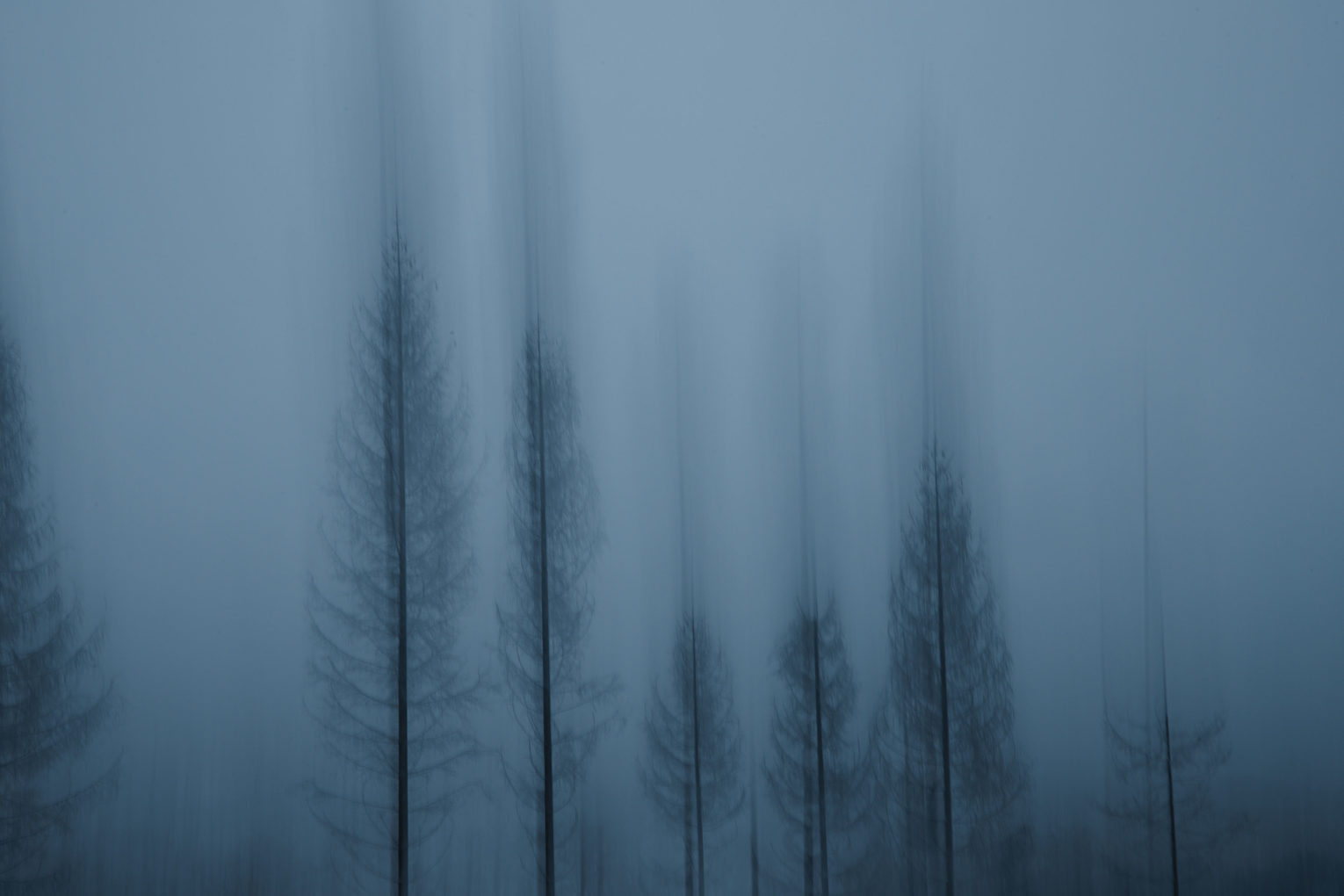 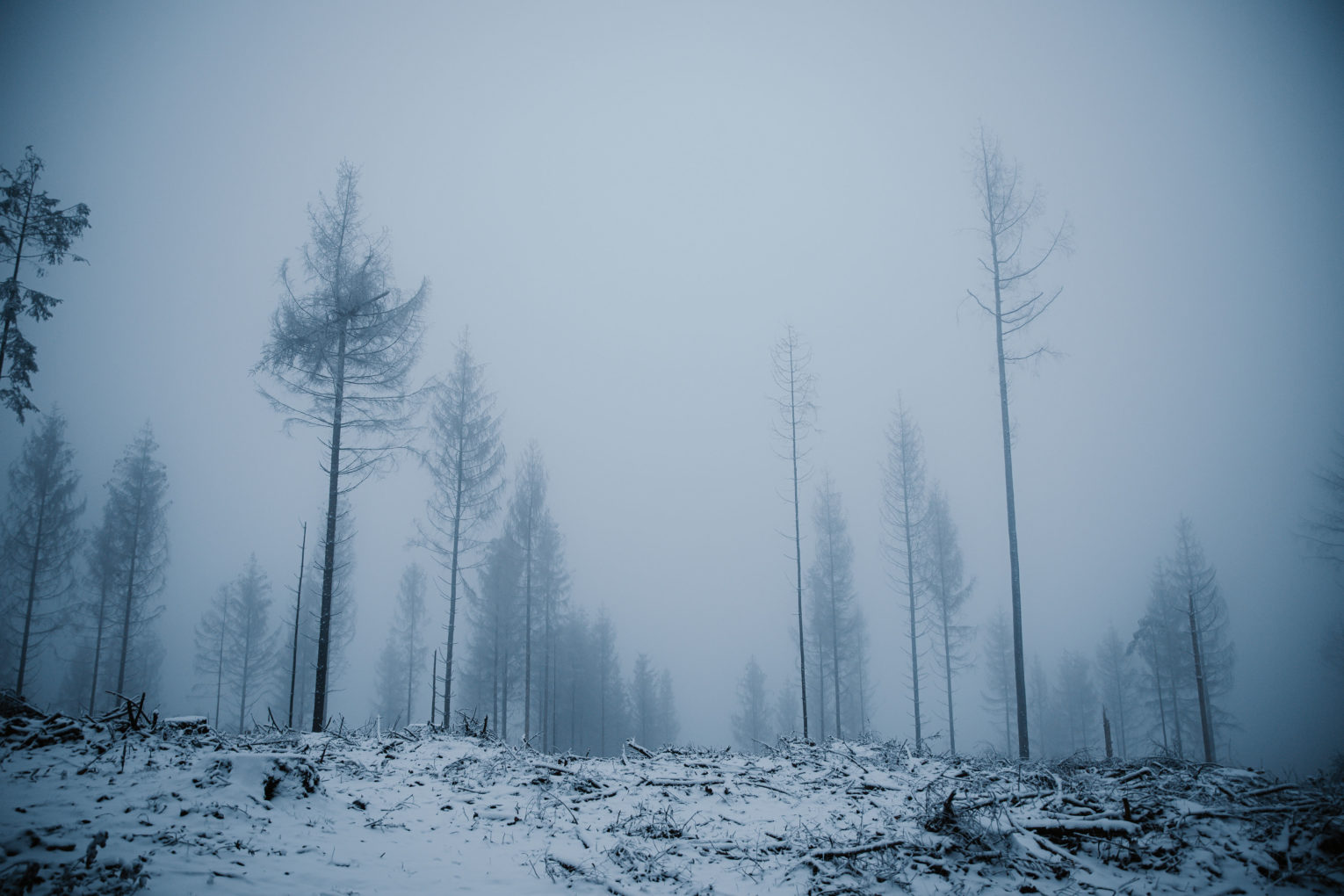 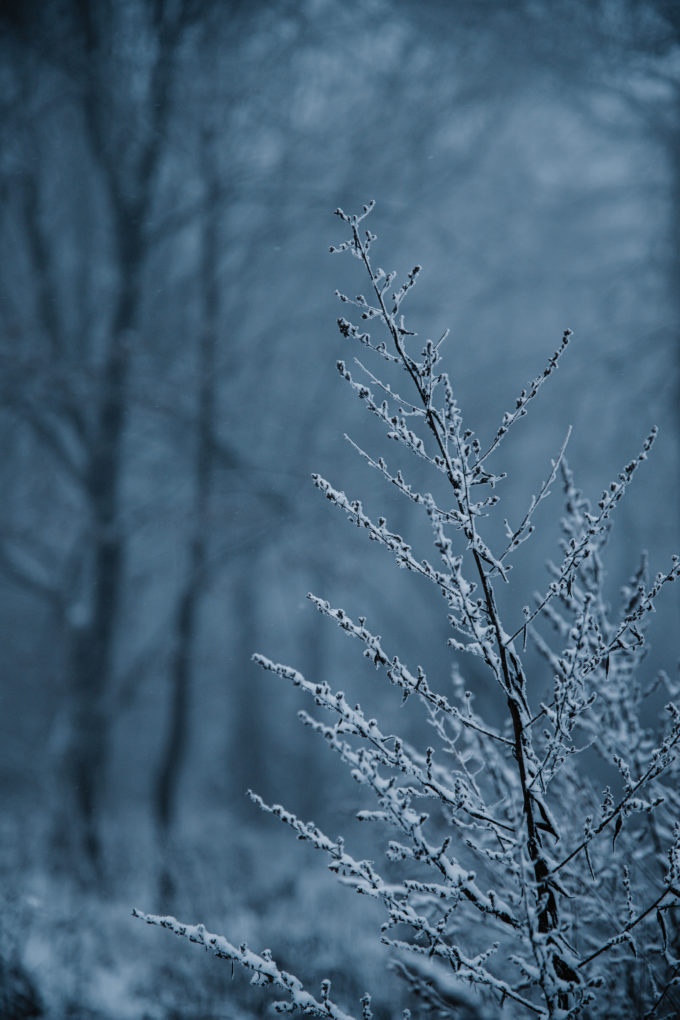 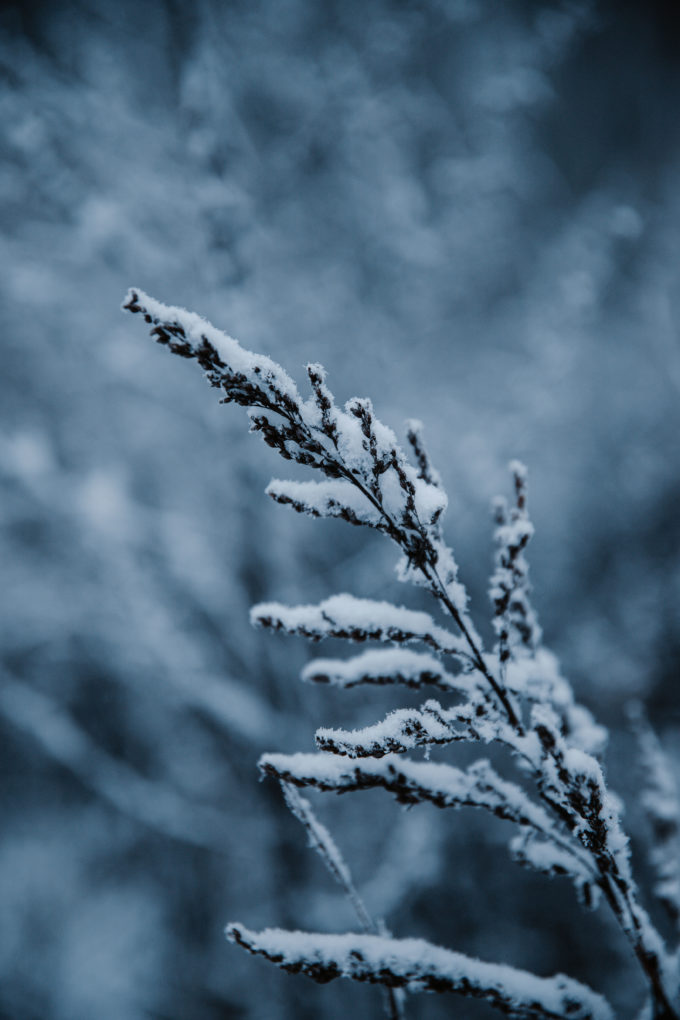 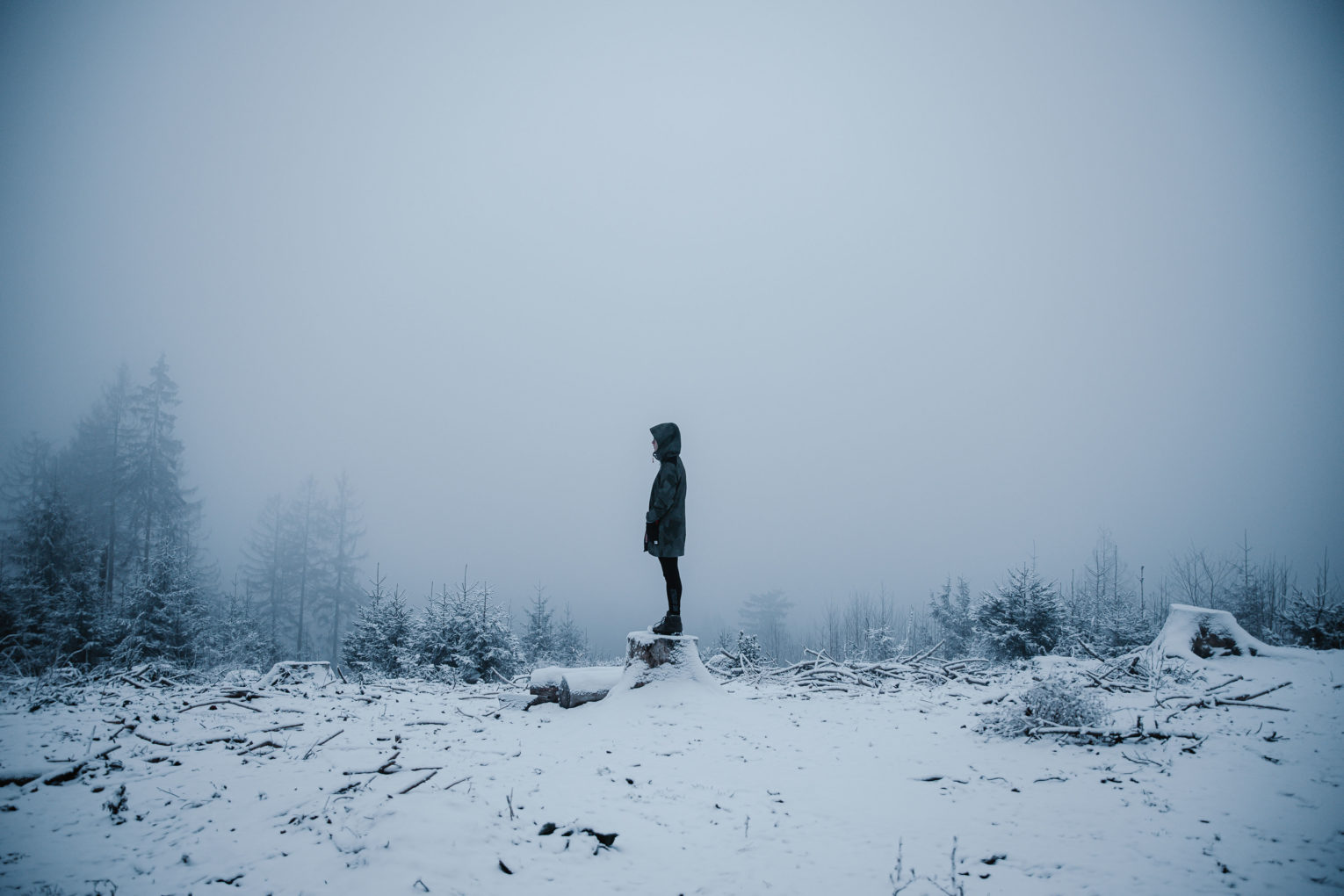 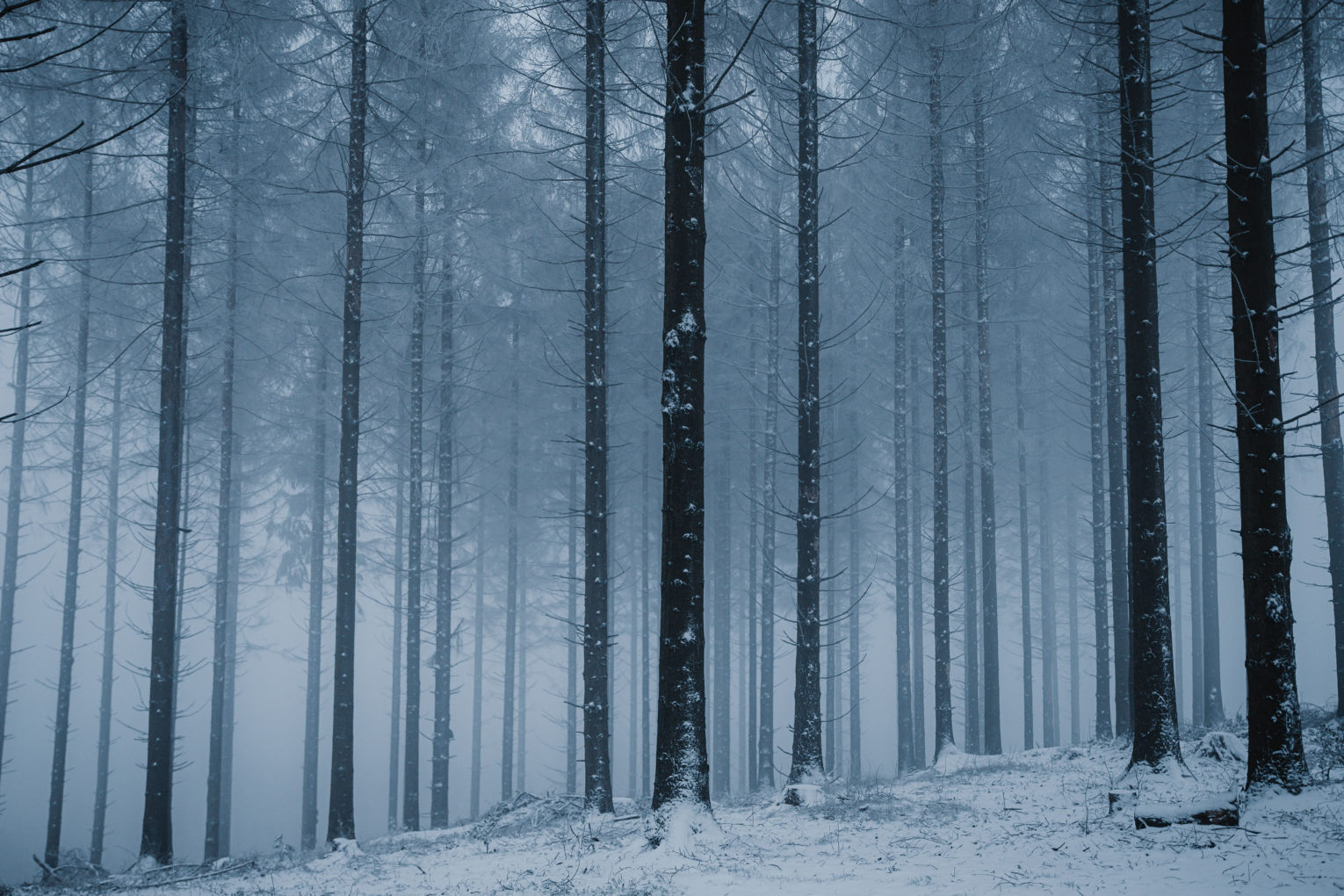 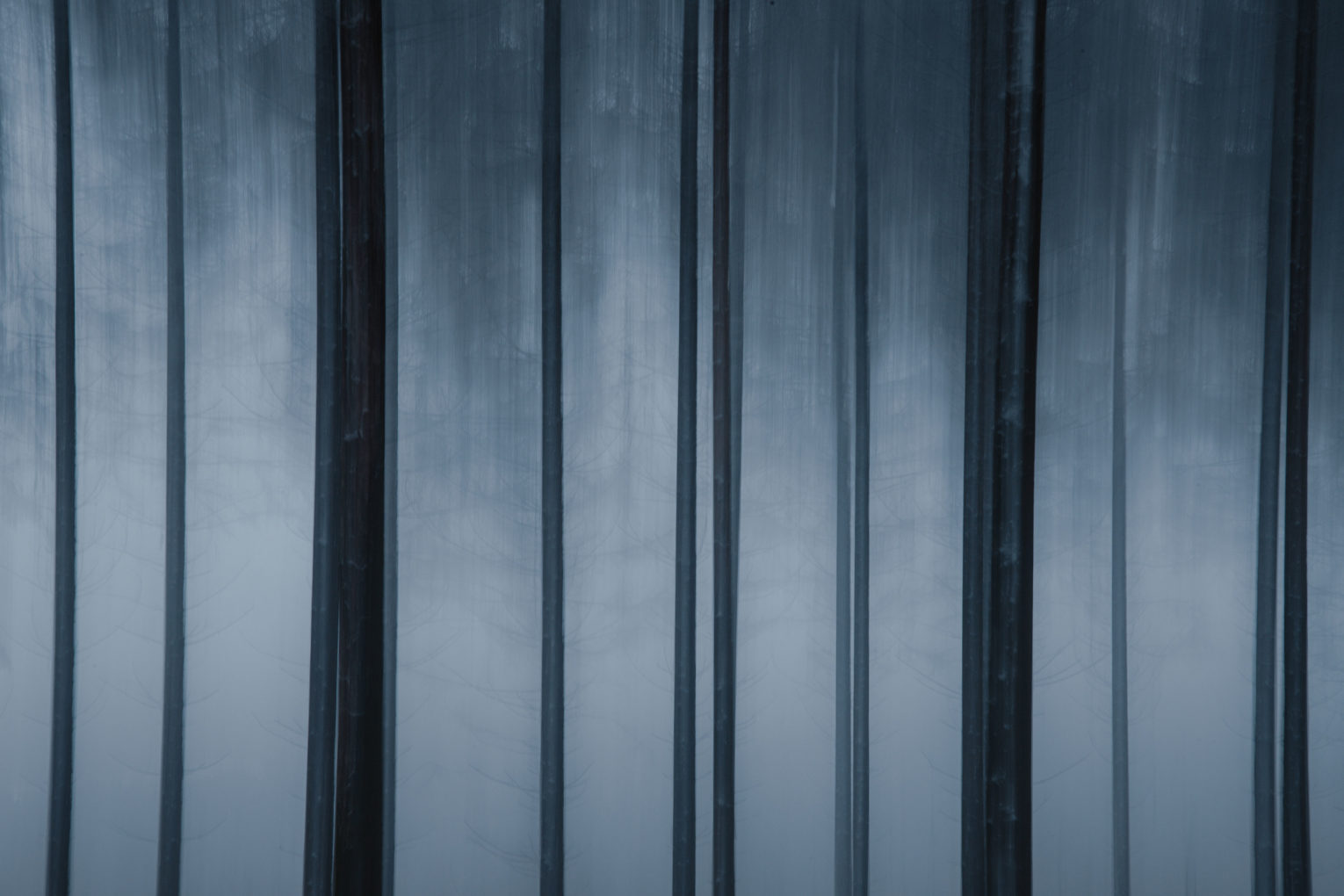 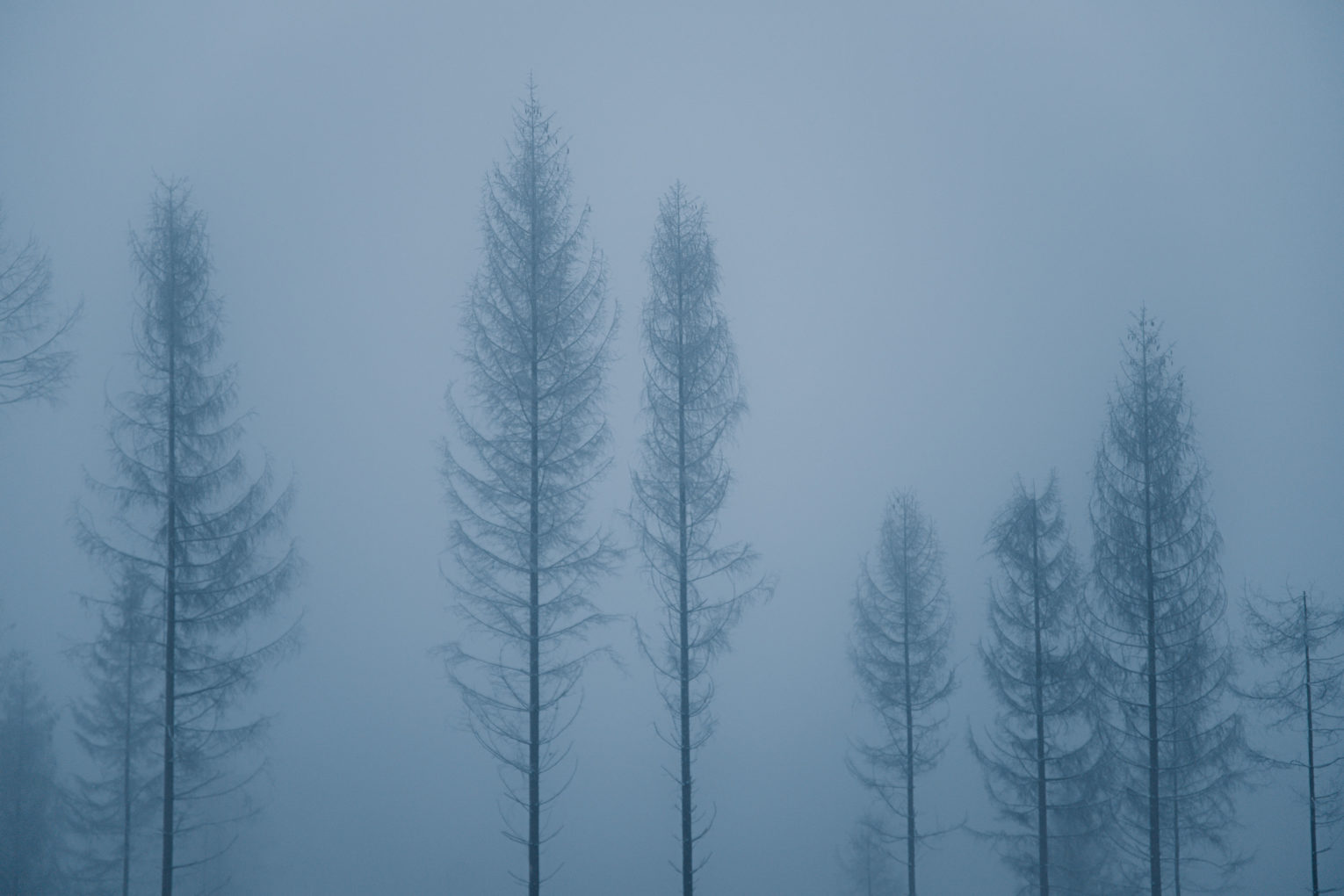 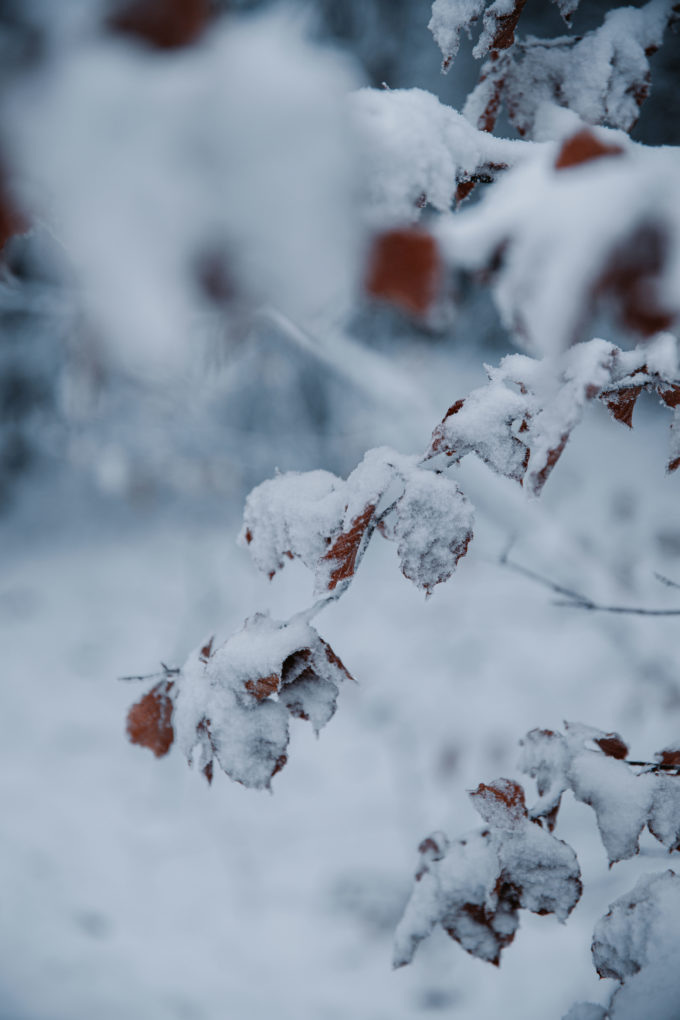 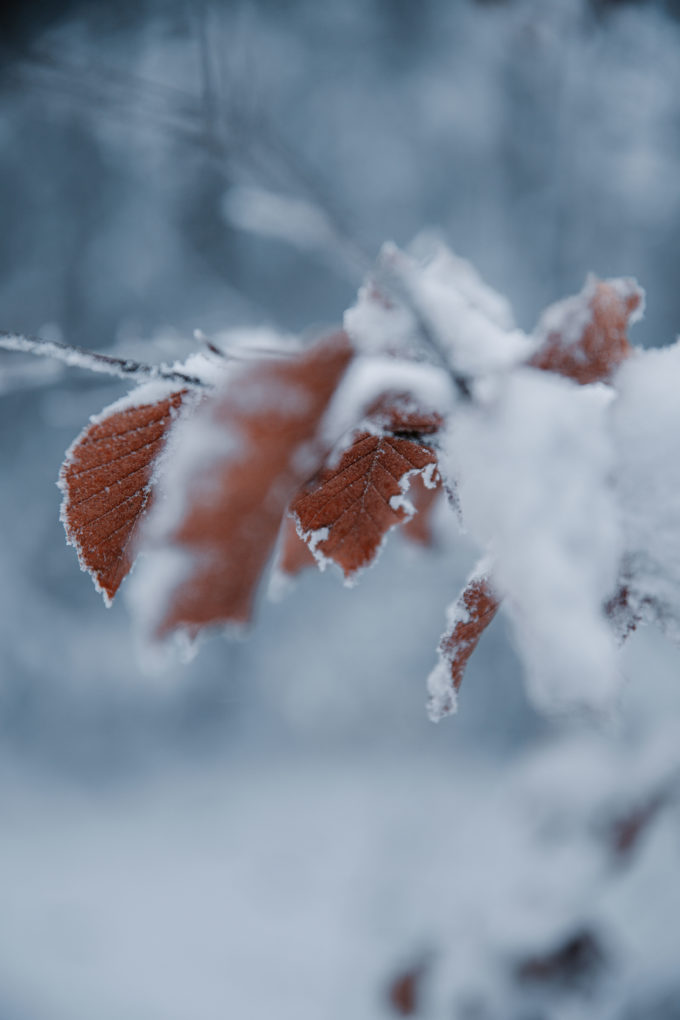 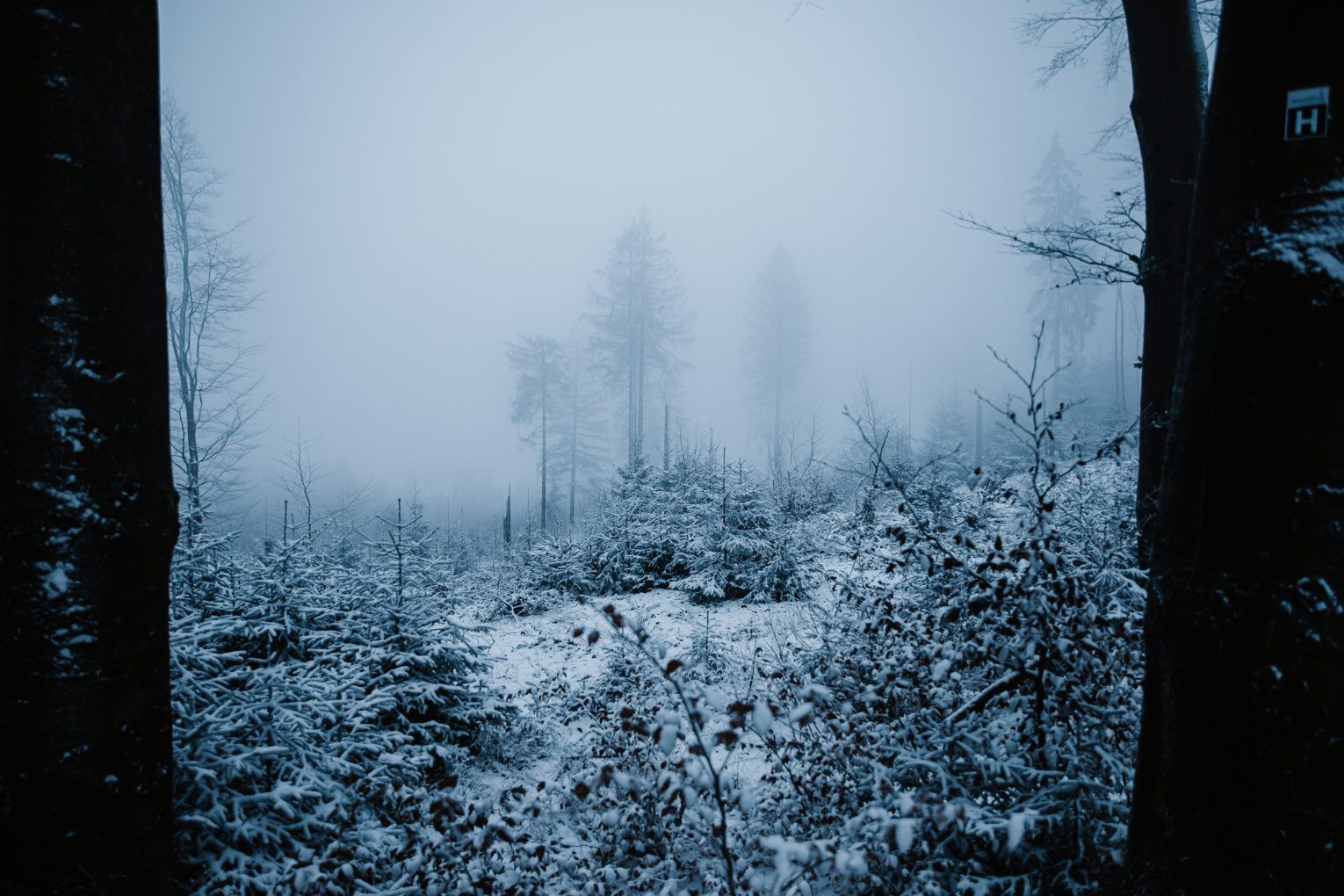 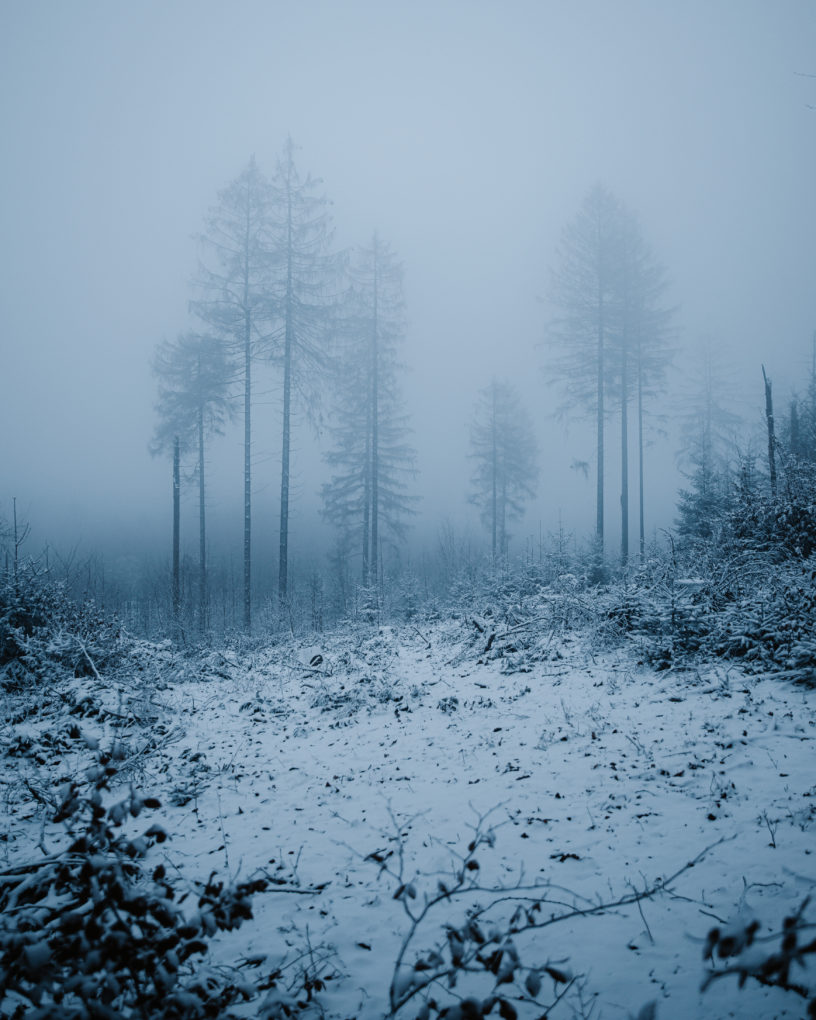 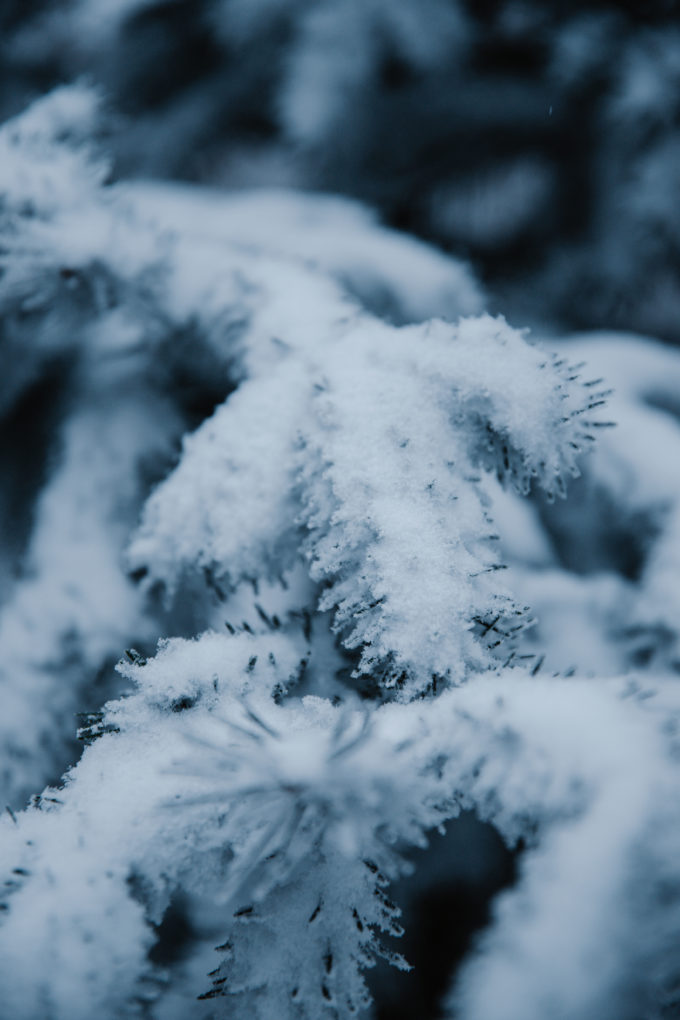 25. Januar 2021 When The Forest Suddenly Disappears